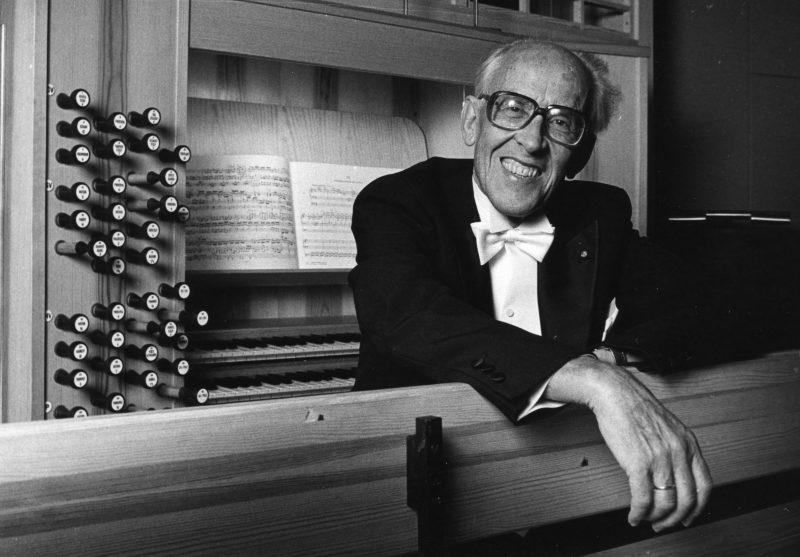 Used with Permission of Trond Nystedt

Knut Nystedt was a Norwegian composer, conductor, organist, and music teacher. Living to age 99 he held a central position throughout a long period of rapidly shifting musical currents. With unfailing artistry, he showed a remarkable ability to adapt essential new discoveries to his own, highly personal style, which is rich in colors and, at the same time, delicately nuanced. Nystedt composed music for virtually all kinds of instrumentations and is recognized worldwide as an important composer of choral and church music, particularly in the USA where Augsburg University in Minneapolis awarded him their Distinguished Service Citation in 1975; his choral work De Profundis was voted “Best work of the year 1984” by the American Choral Directors Association. The music of Nystedt is eclectic in the sense that he experimented with a broad range of styles throughout his life with each work maintaining his personal, Nationalistic and Romantic voice. Nationalism is sensed in his use of Norwegian folk songs and tunes with modal harmonic and melodic material. Knut Nystedt was one of Norway’s most important composers and was responsible for the spreading of contemporary choral music in Norway and worldwide.

For more information about Nystedt, visit his website: https://www.knutnystedt.com/