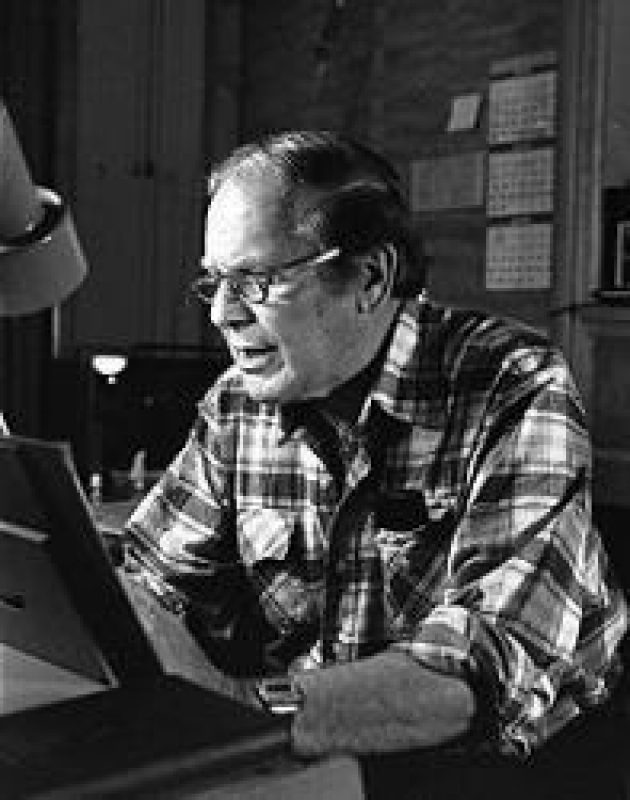 Leland Sateren was a renowned Minnesotan composer and conductor who served as chairman of the Augsburg College Department of Music from 1950 to 1973 and as director of the Augsburg Choir from 1950 to 1979. Sateren graduated from Augsburg in 1935, and for the next 10 years, attended graduate school at the University of Minnesota, was music director at the university’s KUOM radio station, and served in public service during World War II. In 1946, he returned to Augsburg; 4 years later, he became chair of the Music Department and director of the Augsburg Choir, which he led until his retirement in 1979. During his long tenure, the choir developed a more contemporary sound and expanded its reach beyond churches into the community and beyond the Midwest into Europe and international locations. Among Sateren’s many notable accomplishments are premieres of works with the Minnesota Symphony Orchestra and a commissioned piece at the United Nations to commemorate the 20th anniversary of the Universal Declaration of Human Rights. Sateren was the first recipient of the F. Melius Christiansen Memorial Award for choral directors. In 2002 he was awarded the Weston Noble Choral Directors Award. He was also honored with the St. Olaf Medal, presented by King Olav V of Norway, and received two honorary doctorates. His work includes more than 400 choral pieces he composed which are sung in churches around the U.S.A. Sateren was passionate about Scandinavian choral music and introduced the work of many Scandinavian composers to American choral directors.