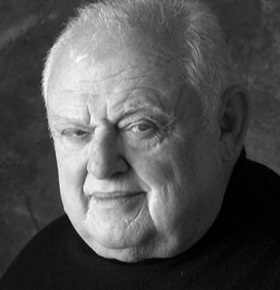 American composer Conrad Susa is best known for his choral music, incidental music, and operas. Susa studied at Carnegie Mellon University and The Juilliard School and his teachers included Nikolai Lopatnikoff, William Bergsma, and Vincent Persichetti. Passionate about music education, Susa served as a composer for public schools in Nashville, as a leader in arts organizations for youth, and as a member of the faculty at the San Francisco Conservatory. Additionally, Susa was praised for his work in theater as a composer-in-residence for the Old Globe Theatre in San Diego for over thirty years and as a dramaturg at the Eugene O’Neill Memorial Theatre Center in Waterford, Connecticut. His awards include the George Gershwin Memorial Scholarship, the Gretchaninoff Prize, and two Ford Foundation Fellowships. Folk songs were an important source of material in his choral music. His beautiful melodies as well as his creative use of polyphony and tonality in his music capture the hearts of audiences and musicians.