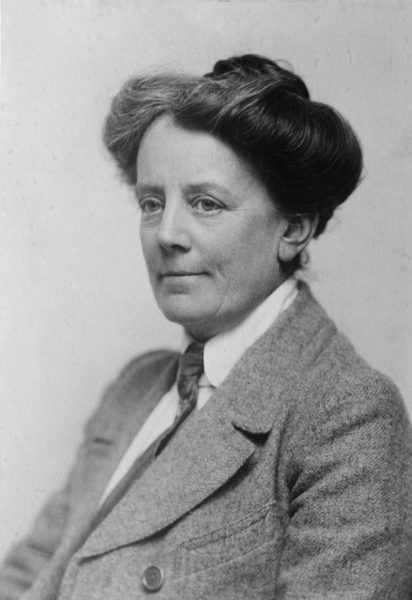 Dame Ethel Smyth was a British composer, writer, and feminist born into a military, upper middle-class family in London, England. She studied harmony and counterpoint in Leipzig, Germany under Heinrich von Herzogenberg, and participated in elite musical circles that included composers like Johannes Brahms, Edvard Grieg, and Clara Schumann. Her education in Leipzig heavily influenced her early works, which include songs, piano pieces, and chamber music. While many of her works found critical acclaim during her lifetime, many in the musical establishment avoided performing her music due to their biases against her strong-willed personality and outspokenness about her feminist beliefs and romantic affection toward women. Nevertheless, she devoted her life to composition, especially the composition of opera, and worked tirelessly as an advocate for the performance of her own works and the work of other female composers and musicians. She also fought for women’s suffrage and composed The March of Women, one of her most frequently performed choral pieces, in contribution to the movement for women’s right to vote. She was recognized in her lifetime with honorary doctorates from Durham University and Oxford University.