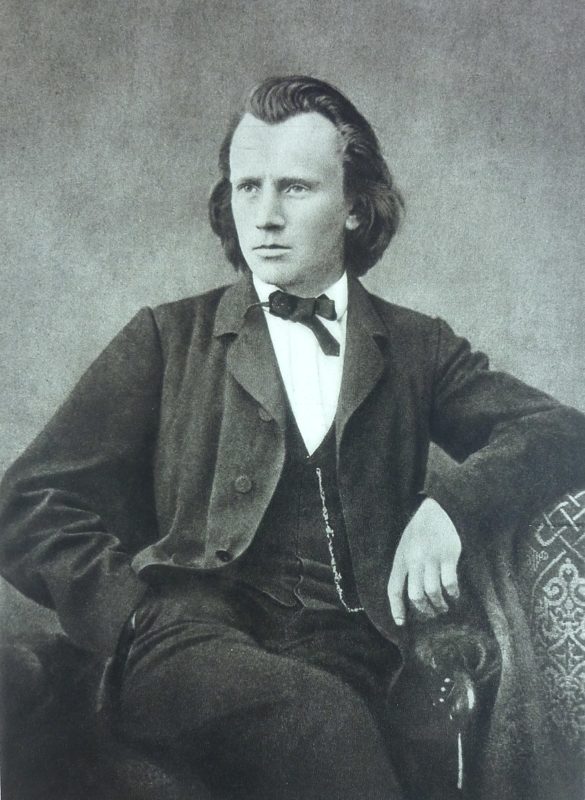 German composer and pianist Johannes Bramhs was one of the most significant composers of the 19th century. His musical education began in childhood with lessons in violin with his father, piano with Otto Cossel, and composition with Eduard Marxsen. At age 20, while playing piano with violinist Eduard Reményi on a tour through northern Germany, Brahms met Clara and Robert Schumann, who took notice of his immense talent and helped propel his career. Brahms composed in every form, with the exception of opera, and his first major success A German Requiem for chorus and orchestra was widely performed throughoutEurope after its first performance in Bremen in 1865. From 1871 until his death, he lived in Vienna and spent his time composing and touring as a conductor and performer of his own music. In his compositions, he showed great respect for master composers of the past while incorporating his own style of Romanticism. His large output of choral music includes sacred and secular a cappella and accompanied works for SATB, SSAA, and TTBB voicings, folk song arrangements, and vocal quartets with piano that are often performed with full choirs today.