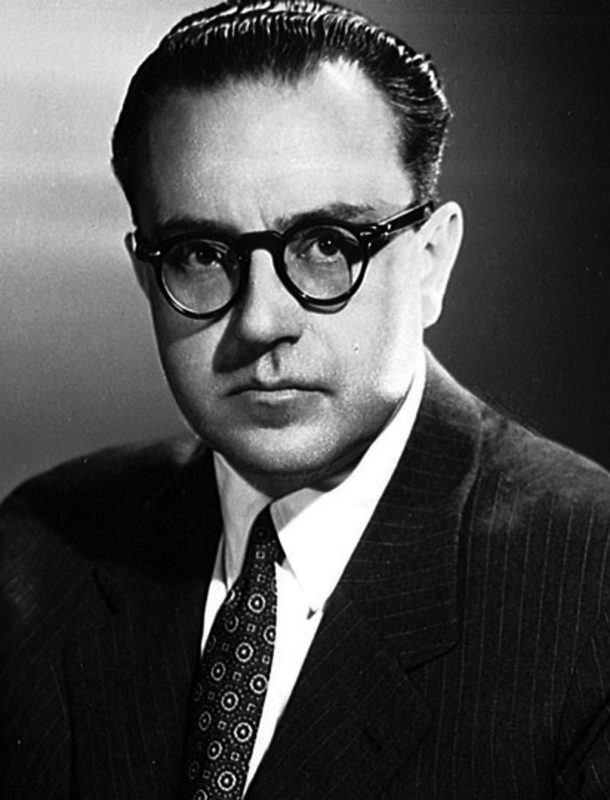 Argentinian composer and teacher Alberto Ginastera was widely recognized as among the most significant 20th century composers. He studied composition at the Conservatorio WIlliams and the Conservatorio Nacional de Música, where he received a professor’s diploma for his Psalm 150. His ballet suite Panambi, premiered in 1937 while he was enrolled at the Conservatorio Nacional, received widespread acclaim and helped launch his career. On a Guggenheim Fellowship, Ginastera traveled to the United States for two years, absorbing the musical developments at top universities and studying with Aaron Copland at the Tanglewood Institute. He returned to teach and compose in Argentina, where he founded and directed several notable music schools. Before 1958, Ginastera was most influenced by Argentinian folk music and nationalism in his work as a composer, and beginning in 1958, he experimented with modernist techniques. He was praised for his choral and vocal music, including several brilliant operas and his three sacred choral works.