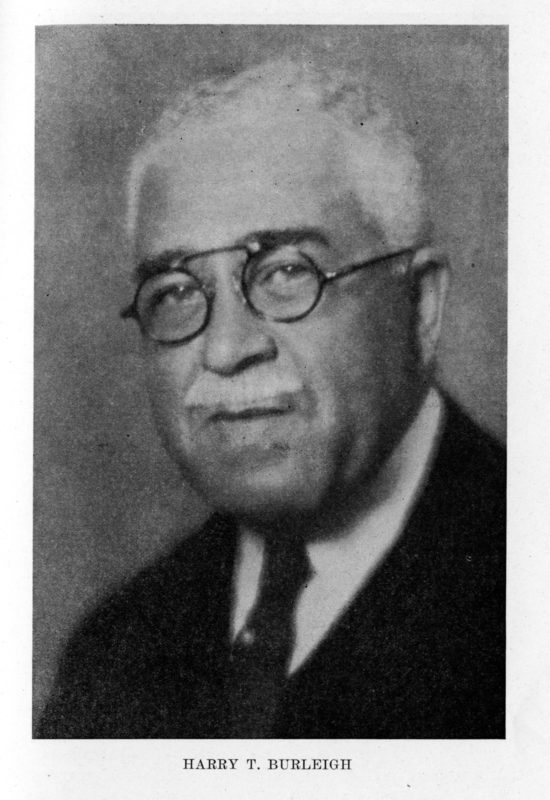 The skilled composer and talented singer Harry Burleigh was a pioneering arranger of concert spirituals for solo voice and piano. Born in Erie, Pennsylvania, Burleigh studied piano, voice, guitar, and bass before winning a scholarship to the National Conservatory of Music in New York, where he studied under Victor Herbert and Antonín Dvořák. As an outstanding singer, he performed throughout the United States and Europe and served as a soloist at St. George’s Protestant Episcopal Church in New York for 52 years. He first rose to prominence as a composer for his settings of poetry for voice and piano in late-Romantic style. At the turn of the century, he began arranging spirituals that he learned from his grandfather, a former slave, for both solo voice and choir. His widely performed spiritual arrangements laid the foundation for generations of composers to continue developing spirituals for the concert stage.