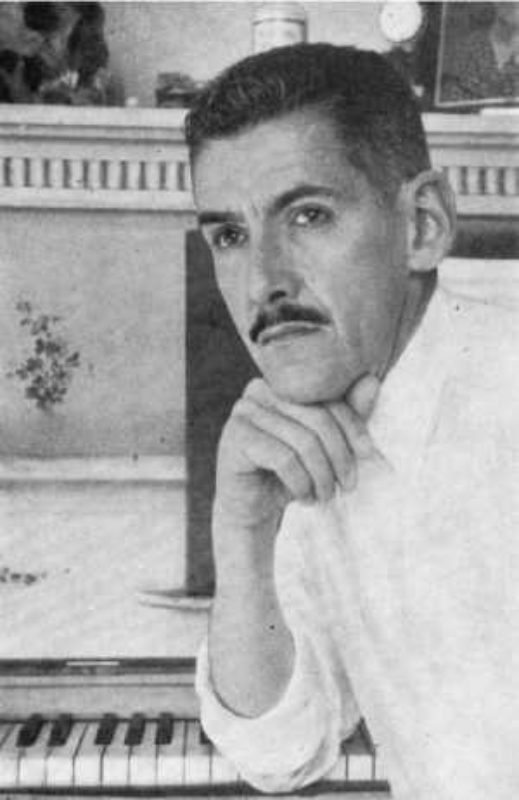 Argentinian composer Carlos Guastavino was best known for his prolific output of songs, including art songs, children’s songs, and arrangements of his original songs for choir. He was born in Santa Fe, Argentina, and studied piano as a child with Esperanza Lothringer and his cousin Dominga Iaffei Guastavino. He began a degree in civil engineering, but soon left to pursue music. He chose not to attend the National Conservatory, but instead to study privately with two of its faculty members: Athos Palma (composition) and Rafael González (piano). In the 1940s and ‘50s, Guastavino actively promoted his music by performing extensively in Argentina and around the world. In the 1960s and beyond, having achieved widespread acclaim for his works, he performed less frequently in order to devote more time to composing and teaching at the National (1959-73) and Municipal (1966-73) Conservatories. His compositions use tonal harmony and traditional forms to express love and longing for the land and people of Argentina.