In this Musical Moment, VocalEssence artistic director and founder Philip Brunelle shares insider information and beautiful music by the composer Lennox Berkeley. He is joined by mezzo-soprano Clara Osowski. 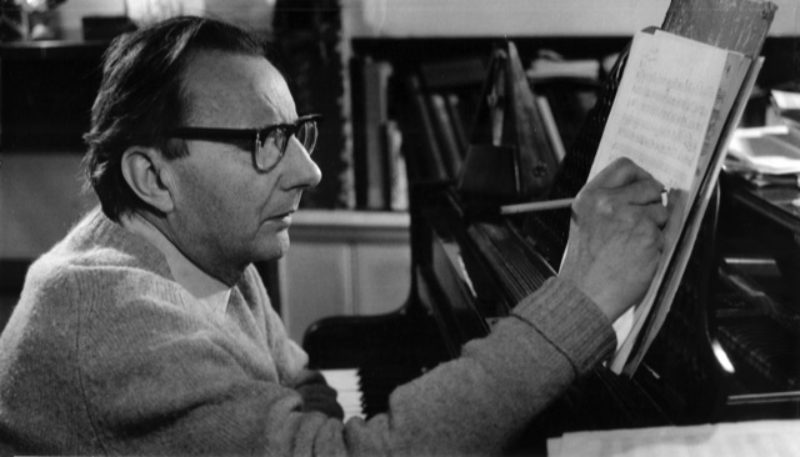 The skilled composer Sir Lennox Berkeley composed in many different genres, but especially found acclaim with his gorgeous choral pieces. He was born into an aristocratic family that immersed him in music from a young age. Upon graduating from Merton College, Oxford, he moved to Paris and studied for eight years with the master pedagogue Nadia Boulanger. Berkeley’s conversion to Roman Catholicism greatly influenced his life and his work, especially his large output of sacred choral music. In addition to composing, he served as a professor of composition at the Royal Academy of Music from 1946 to 1968. His compositions include works for the stage and screen, orchestra, choir, and solo voice. His choral works include a cappella pieces and pieces accompanied by organ or orchestra. Because of his study in France and French heritage, Berkeley’s compositional style aligns more with the lineage of French composers like Fauré, Poulenc, and Ravel than fellow English composers. His pieces are typically tonal, with a masterful command of harmony, texture, and melody. He was knighted in 1974.