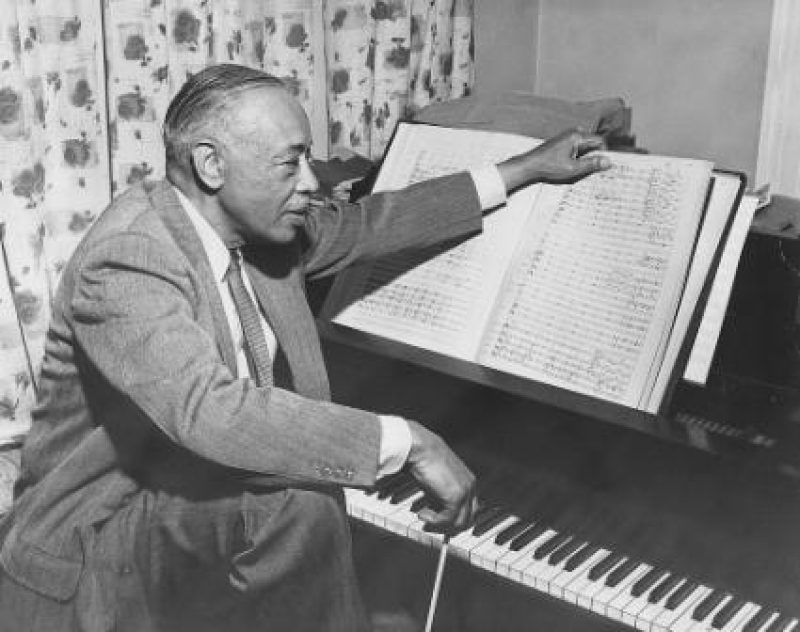 The African American composer William Grant Still was known for his prolific and influential career as a commercial arranger and composer. In 1911 he entered Wilberforce University (Ohio), determined to become a composer of concert music and opera. In 1916 he worked for W.C. Handy for several months and saw the publication of his first arrangement, Handy’s Hesitating Blues. Not long after, he enrolled at Oberlin College, where he studied theory and counterpoint. Still became increasingly successful as an arranger for theatre orchestras and early radio, while simultaneously pursuing a career as a composer. His most important teacher was Edgar Varèse, who helped him compose with greater freedom, encouraged his lyric gift, and programmed his music on concerts of the International Composers’ Guild. Still, unlike his predecessors, turned to the blues, including elements such as modal inflections, irregular phrase lengths, and descending melodic curves in most of his works. In 1931 the Rochester (New York) Philharmonic Orchestra gave the première of the Afro-American Symphony, the first symphony by a black American to be performed by a major orchestra. Still’s choral works include arrangements of folk songs from the Caribbean, a compilation of spirituals sung by the Fisk Jubilee Singers, and in his music offered written commentary on the life of African Americans during the 1940s