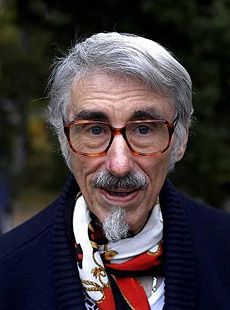 As one of the most prominent Norwegian composers, works from Hovland’s vast compositional output are performed widely throughout Scandinavia, but have found less of a foothold in the United States. Hovland’s compositional style was influenced through study across Western Europe and the United States. He studied at the Oslo Conservatory and under Danish composer Vagn Holmboe, the United States under Aaron Copland, in France, studying Gregorian Chant with Benedictine monks, and in Florence, Italy, studying dodecaphony under Luigi Dallapiccola. His own compositional style, reflecting the variety in style of those who influenced him, evolved significantly throughout his lifetime, including periods of neoclassicism, expressionism, experimentalism, and neo-romanticism. Hovland served as the cantor and organist for Glemmen Church in Fredrikstad from 1949-1994, and the majority of his compositional output is sacred and grounded in the Lutheran tradition. Much of Hovland’s sacred music is accessible and practical, with opportunities for active congregational participation, and is performed in Lutheran churches as well as other denominations.