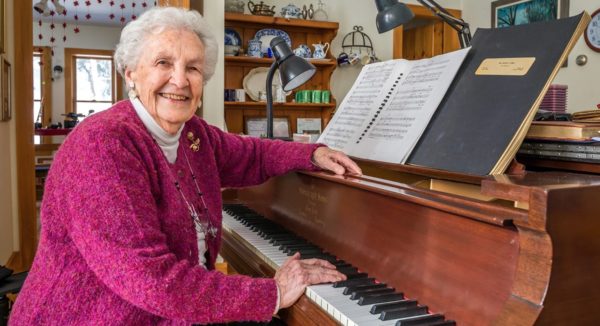 Parker’s impressive body of over five hundred compositions and arrangements includes operas, cantatas, choral pieces, and song cycles. After attending Smith College, Parker completed her master’s program in choral conducting at The Juilliard School under Robert Shaw. Shaw’s mentorship of Parker continued for nearly twenty years as Parker served as an arranger for the Robert Shaw Chorale. The arrangements produced in the partnership between Shaw and Parker are some of Parker’s best known works. While created with the professional Robert Shaw Chorale in mind, these pieces are very accessible for many advanced high school and community choirs. Both Parker’s independent compositions and the Parker/Shaw arrangements are characterized by their clear communication of text, tendency towards modality over tonality, and emphasis on the creation and integrity of beautiful melodies. In addition to her work as a composer, Parker sustains her passion for teaching as a leader of workshops, community sings, and an educator of conducting and composition.