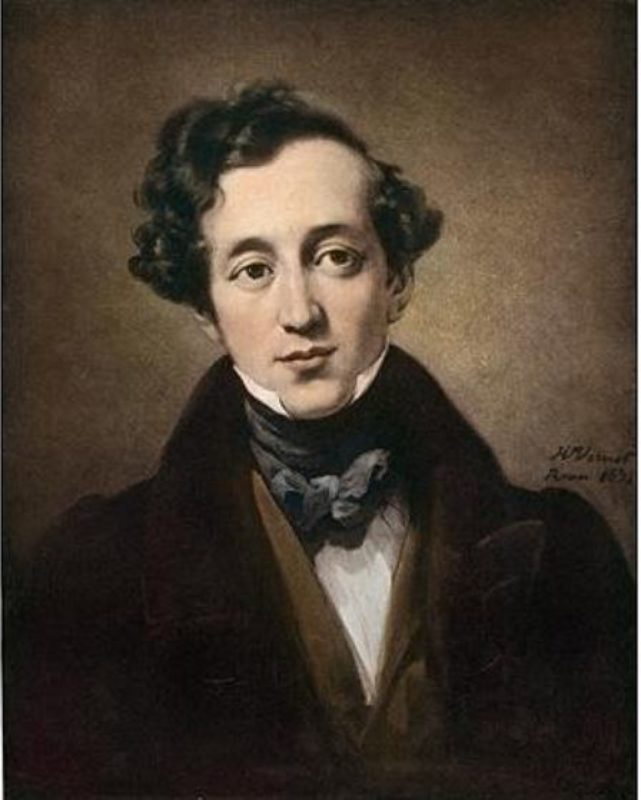 German composer Felix Mendelssohn was one of the most prominent composers and conductors during his lifetime. His father facilitated a well-rounded education for Felix and his siblings, which included a rigorous study of music. From an early age, both Felix and his sister, fellow composer Fanny Mendelssohn-Hensel, demonstrated enormous musical talent. At age ten, Felix began composing. By age 20, he had reached international fame with his well-received overture to Shakespeare’s A Midsummer’s Night’s Dream and his revival of Bach’s St. Matthew Passion. Mendelssohn served as the general musical director of the Lower Rhine Festival in Düsseldorf, conductor of the acclaimed Gewandhaus Orchestra in Leipzig, and general director of the music section of the Academy of Arts in Berlin. He also received great praise for his oratorio Elijah, which remains one of the most frequently performed oratorios today. His forty-two compositions for choir include pieces for treble choir, tenor-bass choir, and mixed choir, secular pieces, sacred pieces, a cappella pieces, and choral works with orchestra or organ.