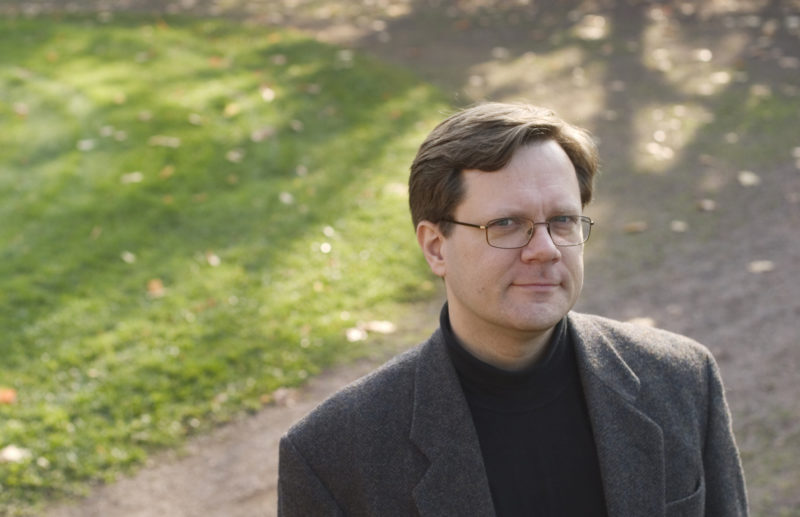 Self-described as an eclectic traditionalist, Finnish composer Jaakko Mäntyjärvi writes choral works performed around the world. Mäntyjärvi studied English and Linguistics at the University of Helsinki and music theory and choral conducting at the Sibelius Academy. With his linguistics background, Mäntyjärvi is a well-known translator and takes a great deal of care with texts in his choral pieces. His book Sing it in Finnish: A Practical Pronunciation Guide for Singers and Choral Conductors has helped many singers approach the Finnish language. In addition to his work as a translator and composer, Mäntyjärvi is an active musician. He has sung in and conducted a number of Finnish choirs and shares his insight at workshops around the world. He has been commissioned to write for many highly acclaimed ensembles and served as a composer-in-residence for the Tapiola Chamber Choir. Many of Mäntyjärvi’s pieces are harmonically complex, but a significant portion of his compositional output also includes more accessible tonal pieces that evoke styles of the past.