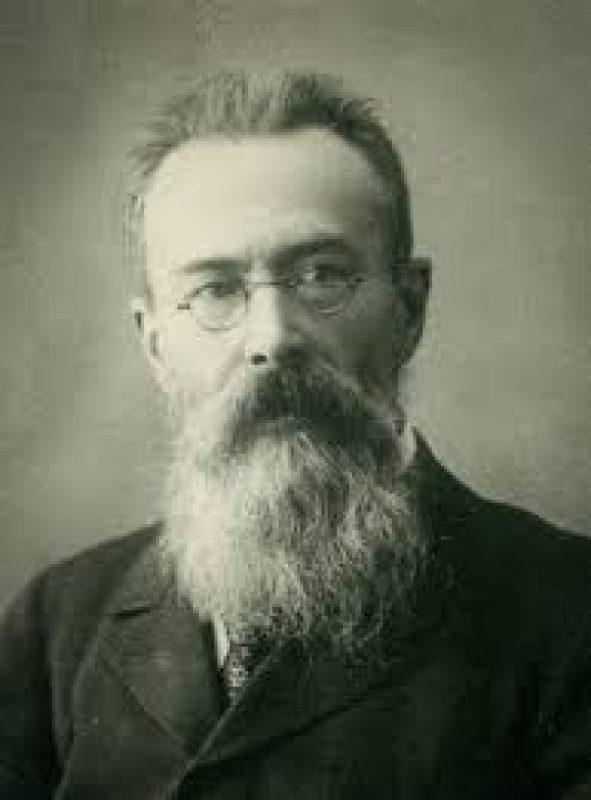 The Russian composer and educator Nikolai Rimsky-Korsakov was a luminary of orchestral orchestrations. Born in Tikhvin into an aristocratic family, Rimsky-Korsakov showed musical ability from an early age but instead studied at the Russian Imperial Naval College and subsequently joined the Russian Navy. His first teacher, Mily Balakirev, encouraged him to compose and introduced Rimsky-Korsakov to the composers who became known as “The Five.” While in the Navy, Rimsky-Korsakov wrote his well-known orchestral piece Sadko and his first opera The Maid of Pskov. Despite being mostly self-taught, Rimsky-Korsakov became professor of composition and orchestration at the Saint Petersburg Conservatoire, where he taught composers, including Glazunov, Prokofiev, and Igor Stravinsky. He was a prolific composer, producing many orchestral works, including the well-known Sheherazade and Capriccio Espagnol. Although widely known for his orchestra compositions, Rimsky-Korsakov orchestrated a plethora of sacred choral music for the Russian Orthodox Church. Many of his sacred works, including his a cappella Liturgy of St. John Chrysostom, are still widely performed today in Russian Orthodox traditions.