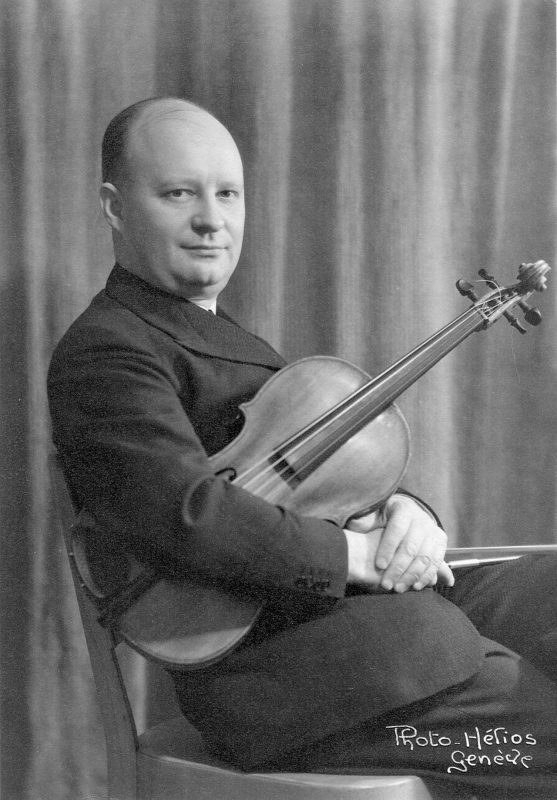 One of the most important composers of the first half of the 20th century, Paul Hindemith dominated German musical life during the Weimar Republic period. He came from a humble background and faced severe poverty during his childhood. Nevertheless, his parents encouraged him to learn music and his burgeoning talent as a string player was quickly recognized. Awarded a scholarship at the Hoch Conservatory in Frankfurt just before the First World War, he was taught composition by Arnold Mendelssohn and Bernhard Sekles while still continuing his violin studies. His compositions featured mechanical music, radio and film music, and chamber operas. With his move in 1927 to Berlin, where he took up the post of professor of composition at the Musikhochschule, Hindemith began to reflect on the role of a composer in modern society. Hindemith arrived in the USA in 1940 and was appointed professor of music at Yale University. Later he returned to Europe accepting a professorship at the University of Zürich. His music is characterized by its use of tonality while employing melodies based on the 12-tone system. Hindemith’s choral output features several “postcard-sized” compositions which remain favorites throughout Europe and the United States.