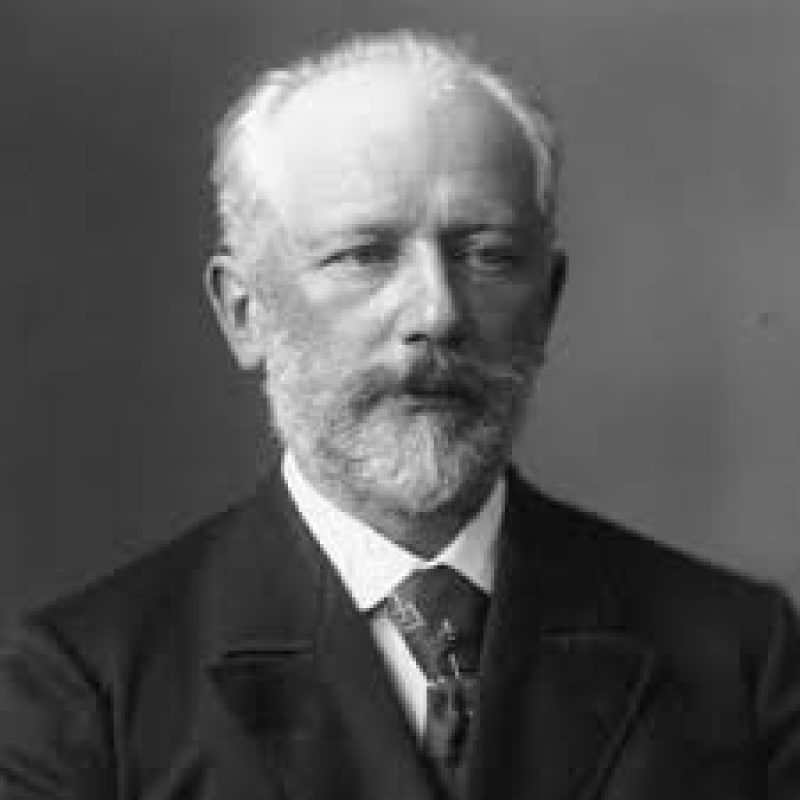 Pyotr Ilyich Tchaikovsky was a luminary Russian composer whose output made him the most well-known Russian composer of all time. He manifested a clear interest in music from childhood, composing his first piece at age four for his sister Alexandra. At age 17 he studied piano under Rudolph Kündinger through which he became familiar with Chopin’s mazurkas and Kalkbrenner’s piano works. From 1862-1865, Tchaikovsky studied harmony and counterpoint with Nikolay Zaremba and composition and instrumentation with Anton Rubinstein at St. Petersburg Conservatory. After graduating in December 1865, Tchaikovsky moved to Moscow to teach music theory at the Russian Musical Society. His early output saw the production of symphonies including Romeo and Juliet and the opera The Voyevoda. Tchaikovsky wrote 7 symphonies, 11 operas, 3 ballets, 4 cantatas, 20 choral works, and more than 100 songs and piano pieces. His choral pieces were sacred in nature, among them his famed Liturgy of St. John Chrysostom and Hymn of the Cherubim. Tchaikovsky remains one of the most-performed composers of the Romantic era and his prolific works have become some of classical music’s beloved treasures.