When you attend one of the two VocalEssence Radio Hour concerts this weekend, you are sure to be stirred by something you haven’t experienced before—and treated to some old favorites, too. The first half of the program reaches back to the early days of radio in a tribute to Fred Waring and the music he made famous, with a medley of old television show themes and jingles that will have you humming along. 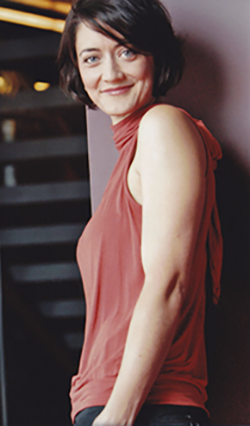 The concert’s second half offers the Midwest premiere of The Radio Hour, a new choral opera by composer Jake Heggie and librettist Gene Scheer. So, exactly what is a choral opera? You get a good idea from the video above, in which director Nikki Swoboda and scenic designer Scotty Gunderson share their concepts for staging, as well as peeks at set sketches and an Ensemble Singer rehearsal for this magical program about the power of song. You can also read Jake Heggie’s program note and this review of The Radio Hour 2014 premiere by the Pacific Chorale.

Plan to come early and attend a Pre-Concert Conversation with Classical Minnesota Public Radio Host John Birge and The Radio Hour composer Jake Heggie and librettist Gene Scheer one hour before each performance.