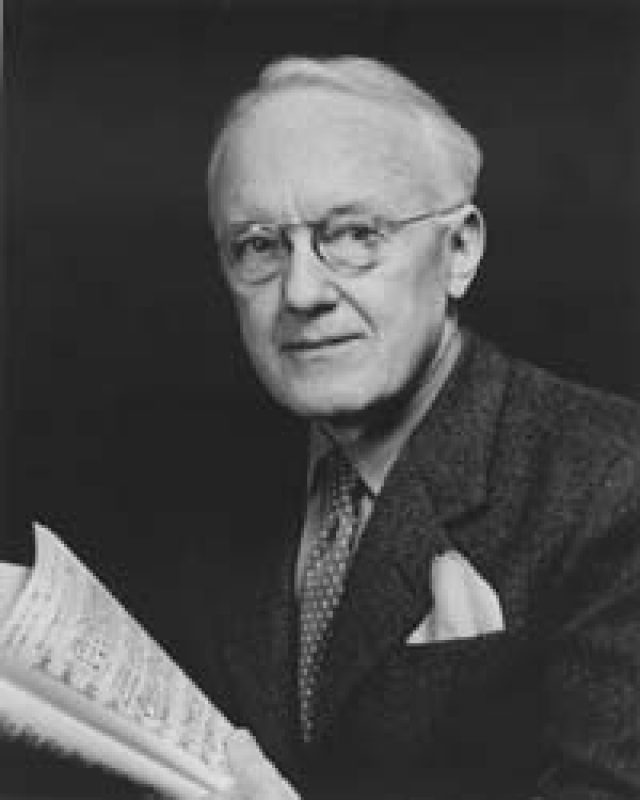 The skilled composer and music educator Randall Thompson, well-known for his Alleluia, transformed American music and his choral music has been more widely performed than that of any other American composer of his time. Born in New York City, he was educated at Harvard University; studying under Walter R. Spalding, Edward B. Hill, Archibald T. Davison, and  Ernest Bloch. In 1922 a Prix de Rome enabled him to study under Felix Lamond at the American Academy and it was there he came into contact with the leading trends of 20th-century European music, and particularly with the Italian group known as the “composers of the eighties.” Thompson’s music was characterized by integrating vocal contours, effective sonorities, sensitive text-setting, and a strong sense of dramatic structure, qualities that contribute to his music’s appeal to performers and audiences alike. He is best known for his choral works, nearly all of which were composed on commission or for a specific occasion, and received unprecedented success in the United States. In 1939 he was appointed director of the Curtis Institute of Music and was appointed to a position at Harvard in 1948, retiring from teaching in 1965.