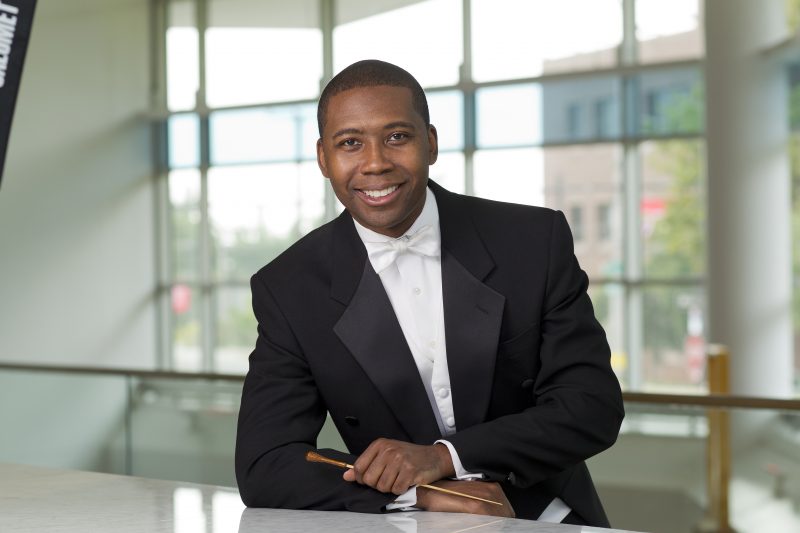 Rollo Dilworth is an American choral composer, arranger, conductor, and music educator best-known for his contemporary choral arrangements of African American spirituals. As a young boy growing up in St. Louis, Missouri, Dilworth was impassioned by singing experiences in his school and church choirs, and at the age of 11, he began experimenting with the music he was given by testing out alternate pitches and rhythms. His elementary music teacher fostered this curiosity by encouraging him to share his ideas and enlisting him to serve as a piano accompanist.  At age 16 he began undergraduate studies in music education at Case Western Reserve, and then attended the University of Missouri-St. Louis to complete a master’s degree in secondary education while teaching middle school.  Dilworth completed a doctorate in conducting at Northwestern University under Robert Harris. Both classical music and African-American folk music have influenced Dilworth’s musical development and style. He recognizes Beethoven and Chopin as beloved classical icons in his life, but his compositional style is largely influenced by Gospel and Spiritual composers such as Robert Ray and Moses Hogan. Dilworth also draws inspiration from the African-American literary tradition. He has a particular affinity for the poetry of Langston Hughes and Paul Lawrence Dunbar, a love which has moved him to compose settings of their texts. His works include over 200 choral pieces and a series of textbooks entitled Choir Builders. Dr. Dilworth currently serves as Professor of Choral Music Education and Vice Dean for the Center for Performing and Cinematic Arts at Temple University in Philadelphia.