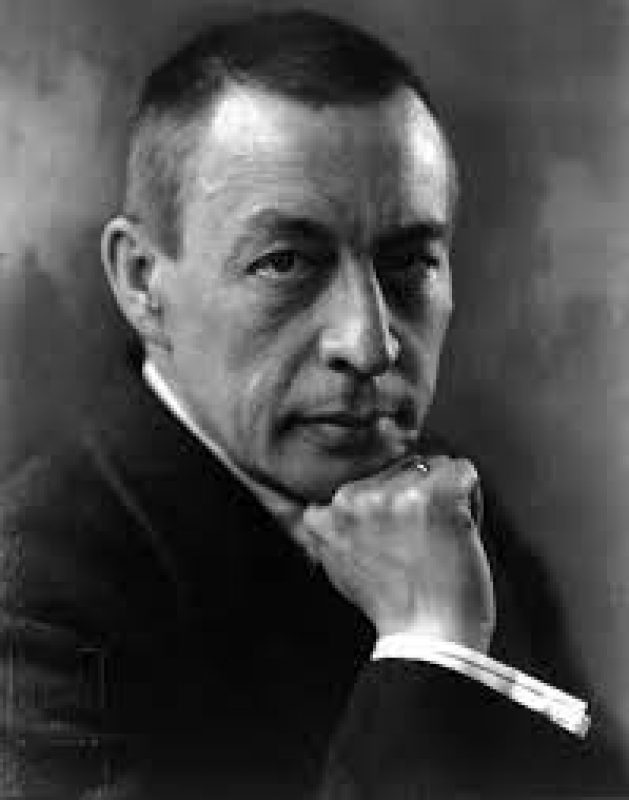 Sergei Rachmaninoff was a Russian composer, virtuoso pianist, and conductor of the late Romantic period best known for his works for piano. Born into a musical family, Rachmaninoff took up the piano at the age of four, and he graduated from the Moscow Conservatory in 1892, having already composed several piano and orchestral pieces. In 1901, he completed his enthusiastically received Piano Concerto No. 2. In the course of the next sixteen years, Rachmaninoff conducted at the Bolshoi Theatre, relocated to Dresden, Germany, and toured the United States for the first time. Rachmaninoff often featured the piano in his compositions, and he explored the expressive possibilities of the instrument through his own skills as a pianist. Following the Russian Revolution, Rachmaninoff and his family left Russia, settling in New York City in 1918. Between 1918 and 1943, he completed just six works, including the Rhapsody on a Theme of Paganini, Symphony No. 3, and Symphonic Dances. Rachmaninoff wrote two major a cappella choral works—the Liturgy of St. John Chrysostom and the All-Night Vigil (also known as the Vespers). Other choral works include a choral symphony, The Bells; the cantata Spring; the Three Russian Songs; and an early Concerto for Choir (a cappella).