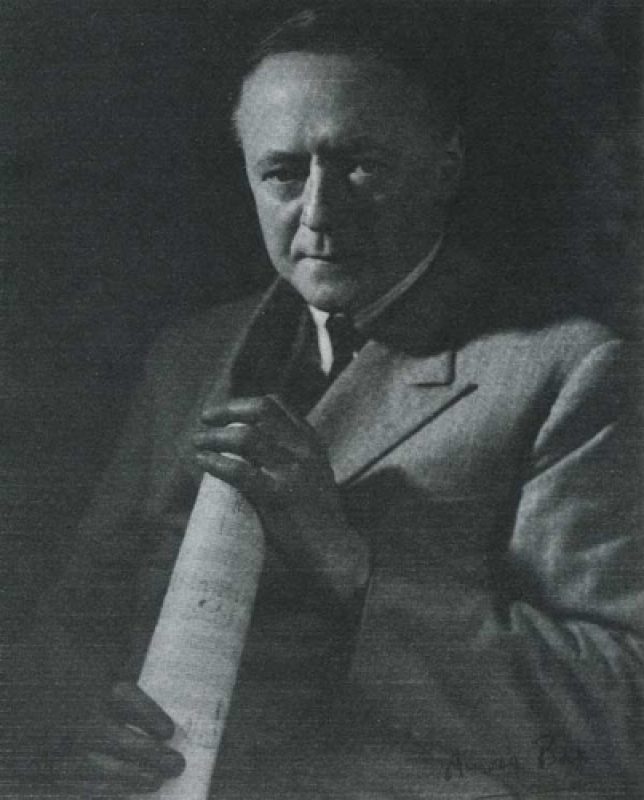 Photo reproduced by the courtesy of Graham Parlett

Sir Arnold Bax was a British composer whose choral works exemplify the neo-romantic music popular between World War I and II. Born in London to a prosperous family, he was encouraged by his parents to pursue a career in music, and his private income enabled him to follow his own path as a composer. In 1900, he entered the Royal Academy of Music where he studied the piano. Largely influenced by the Celtic Revival and Irish poetry, he wrote in 1909 the symphonic poem In the Faëry Hills. In 1916 and 1917 he wrote three symphonic poems, The Garden of Fand, Tintagel, and November Woods, which established his reputation. Living for long periods on the coasts of Ireland and Scotland, he wrote music that was romantically evocative and richly orchestrated. Bax wrote a substantial number of choral works, both secular and religious. The choral works with religious texts include his largest-scale unaccompanied vocal piece, Mater ora Filium. Bax’s other choral works include settings of words by Shelley (Enchanted Summer), Henry Vaughan (The Morning Watch), John Masefield (To Russia), and Edmund Spenser (Epithalamium).