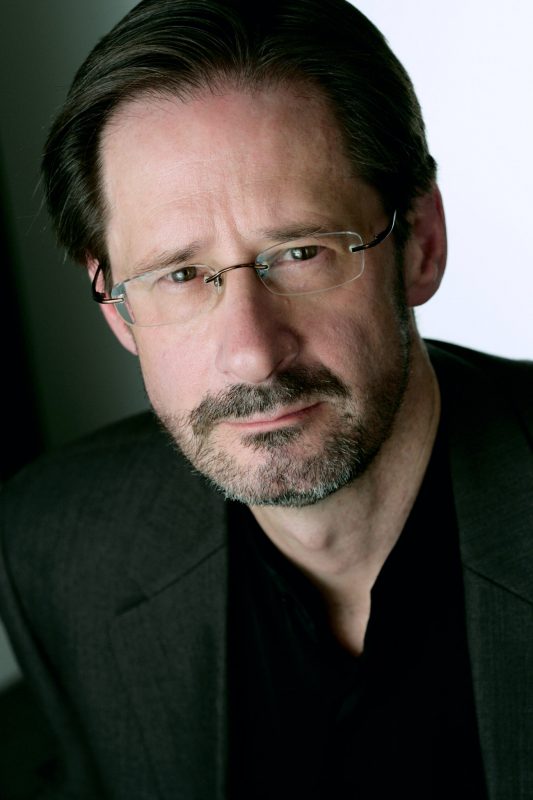 Steven Stucky was a prolific Pulitzer-Prize-winning composer. At age 9, he moved with his family to Abilene, Texas, and later attended Baylor University and Cornell University where he. worked with Karel Husa and Daniel Sternberg. Stucky wrote commissioned works for many of the major American orchestras, including Baltimore, Chicago, Cincinnati, Dallas, Los Angeles, New York, Minnesota, Philadelphia, Pittsburgh, St. Louis, and St. Paul. He was long associated with the Los Angeles Philharmonic, where he was resident composer 1988–2009 (the longest such affiliation in American orchestral history); he was the host of the New York Philharmonic’s Hear & Now series 2005–09 and was Pittsburgh Symphony Composer of the Year for the 2011–12 season. For Pittsburgh, he composed Silent Spring, in honor of the 50th anniversary of Rachel Carson’s epochal book of the same title. He teamed with the celebrated pianist and author Jeremy Denk to create his first opera, The Classical Style, which premiered in June 2014 at the Ojai Music Festival. Other noteworthy compositions by Stucky the oratorio August 4, 1964 (2008), and his Second Concerto for Orchestra (2003), which won the 2005 Pulitzer Prize for Music. He taught at Eastman and Berkeley, the latter as Ernest Bloch Professor in 2003. In 2013 he became artist-faculty composer-in-residence at the Aspen Music Festival and School.