Thank you to the 150 people who took the VocalEssence WITNESS: Yet They Persist Survey. The VocalEssence staff analyzes the results and uses the information to plan for better performances in the future. Below is a summary of the results.

Below is a word cloud that includes the words that audience members used to describe the concert. The larger the word, the more it was used by survey respondents. 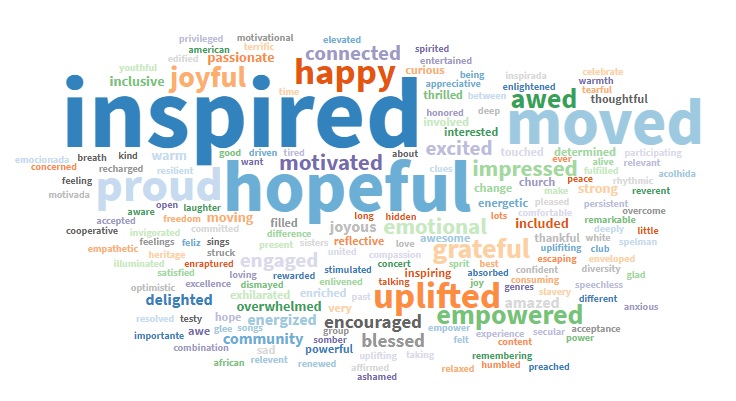