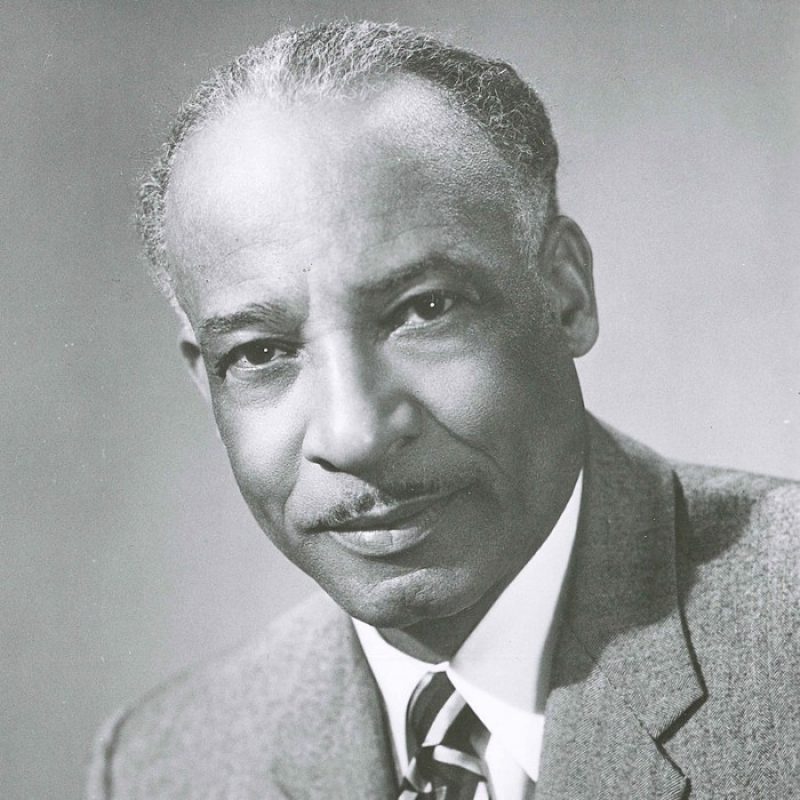 William Dawson was a leading African-American arranger of spirituals as well as a distinguished choral conductor. At age 13, Dawson ran away from home to enter Tuskegee (Institute) University. He supported himself by manual labor and was a member of Tuskegee’s band and orchestra. Dawson further studied composition and orchestration with Henry V. Stearns at Washburn College and studied counterpoint with Sir Carl Busch as well as with Adolph Weidig at the American Conservatory of Music.  In 1931, Dawson organized and headed the School of Music at Tuskegee and under his conductorship, the Tuskegee choir of one hundred voices gained international fame. In 1932-1933, the choir was a main attraction at the opening of the International Music Hall of Radio City, New York. Among Dawson’s many compositions are the world-famous arrangements of spirituals Ain’a That Good News, Ev’ry Time I Feel the Spirit, Ezekiel Saw De Wheel, Mary Had a Baby, and There is a Balm in Gilead. His music is noted for its rich and lush harmonies and deep sonorities.